The article focuses on building a transdisciplinary approach to a unit of inquiry and how multiple perspectives enhance student understanding. Some initiatives towards including elements of the enhanced PYP are also detailed in the article.

In this article, my attempt is to focus on the transdisciplinary approach to a unit of inquiry along with some of the enhanced PYP features we have attempted to include. We have taken small steps and seen the difference; primarily in the way students have started getting involved in their learning – voice, choice and ownership being at the heart of it. I have attempted to share some of the ways in which we have tried to inculcate the spirit of the enhanced PYP into our classes – focusing on student agency, international mindedness, framing success criteria, co-constructing a unit with students and of course enhancing transdisciplinary learning.

At the outset, while planning the curriculum for the term, all the specialists and form tutors associated with the grade level (Year 4) collaborated to discuss the possibility and scope of integration for the units to be covered in the first term. While discussing the central idea ‘Evidence of past civilisations can be used to make connections to present day societies’, scope for a transdisciplinary approach through a subject focus on art, music, ICT and math was explored and agreed upon. The subjects would be the instrument and a resource for students to explore the various aspects of civilizations (the relationships between and the interconnectedness of individuals and civilizations, from local and global perspectives).

Whilst exploring under the transdisciplinary theme, ‘Where we are in place and time’, students inquired into

Students were introduced to our unit on civilizations through a display of artefacts in the class. They observed these artefacts and discussed their features and significance with peers and made connections with different cultures. This developed international mindedness through an appreciation of the impact that other cultures have had on ours. A few examples that students researched – the origin of the Olympic games in Greek civilization, the drums we use today were developed during the Inca civilization, study of the stars since the Mayan civilization, the advanced drainage systems since the Indus valley time. All of these examples demonstrate the influence the past civilizations have had on our modern-day societies.

Students then deconstructed the central idea that ‘Evidence of past civilizations can be used to make connections to present-day societies’ and brainstormed key words to create their own definition of civilization. 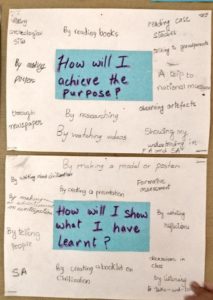 In Information and Communication Technology classes, students applied their knowledge of Minecraft to construct a virtual civilization using different blocks of grass, stone, wood etc. They effectively used different tools and built a detailed structure showcasing different aspects of a civilization. Through this engagement, students developed their thinking skills – generating novel ideas inspired by exposure to different experiences and resources. 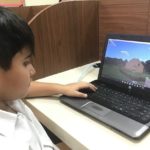 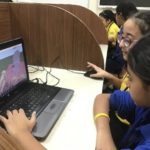 In their art classes, students connected to the unit as they explored artefacts of different civilizations. Then they chose a civilization and gained knowledge on the clay artifacts of their chosen civilization through research. Students used different clay tools and applied the learned clay technique to create an earthen artifact of beauty or utility. 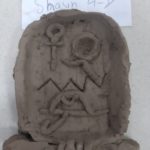 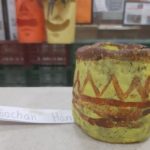 In music classes, students inquired into how music genres and instruments have evolved over the years – thus making connections between the past and present (the second line of inquiry). They then applied their knowledge of math concepts to create a timeline of the evolution of music – either on paper or using an online tool (student agency)

Math during the unit – focus on integration, success criteria, ATL reflection and grouping.

In Math classes, the scope for integration with the ongoing unit was evident in the concepts of timeline, Roman numerals, measurement, 2D and 3D shapes, and area and perimeter.

Moving on to the concept of measurement through a simple activity, students understood why non-standard units are not an accurate way to measure objects – measuring the length of their tables using their hand-span and observing the variations in their answers.

Students were amazed to learn about the advanced and standardized tools of measurement used in the Indus Valley Civilization, which demonstrated the precision in measuring, even without the use of standard tools.

Students measured the length and the breadth of the area (planned in the unit to get a feel of an archaeological dig) they were going to excavate. This activity gave students a real life experience of using standard tools of measurement (inch tape) and helped them divide the area to be excavated. 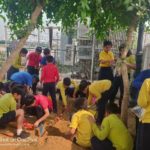 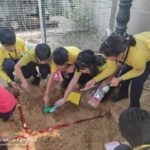 For the concept of area and perimeter, in stand-alone math classes, students framed success criteria for themselves:

Students initially inquired into why area is calculated in terms of square units through a group activity using cut-outs of circles and squares to measure the surface of their table/chair. The students using the squares could count them and state the area of the table top exactly. The students using the circles realized that they could not cover the table top completely without leaving any gaps – thus concluding that circles (or any other shape) could not be used as a standard unit for measuring area. Students reflected on the above activity using the strategy ‘I used to think…Now I think…’ to express how their thinking has changed.

In the following classes students engaged in a think-pair-share activity to derive the formula for area and perimeter. They drew squares/rectangles on a centimetre grid paper and first calculated area and perimeter by counting the squares inside the shape and adding the total of the 4 sides respectively. Students then discussed and tried to derive a formula for area and perimeter, as they realized that it is not feasible to count squares for larger spaces. Some of the groups were able to conclude that since multiplication is repeated addition, they could multiply the length and the breadth to calculate area. 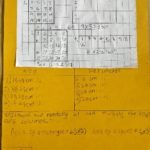 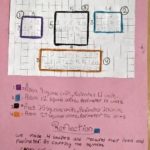 Students developed their research skills through this activity – information literacy (formulating and planning) as they were aware of what they needed to find out and could select appropriate tools/sources to help them derive the formula for area/perimeter.

Students reflected on the success criteria they had framed by placing themselves in any one of the quadrants below based on their own confidence of understanding (Student agency). They then had to justify their position in the quadrant by solving a sum of easy / medium / challenging level and articulating their thinking – this activity also served as the formative assessment. Students thus had a choice in directing their own learning with a strong sense of identity and self-belief, and an awareness of the opinions, values and needs of others.

It has been my endeavour here to demonstrate how the transdisciplinary and concept driven curriculum of IB broadens and at the same time deepens student understanding. Students explored various subject areas which are distinct, yet interconnected and thus transcend into a more holistic learning experience. Understanding how genres of music have developed over time, making timelines of civilizations and having fun while creating their own Minecraft civilizations or artefacts from different civilizations – all of these helped consolidate student understanding of how our we can use evidence of the past to understand how it has impacted us.

Sonia Trakroo is teaching mathematics at DPS International, Gurgaon, which is an IB continuum school in India. She has 4 years’ experience as a form tutor and mathematics specialist. Sonia enjoys planning strategies to empower students with learning skills. She is passionate about student engagement in the learning process and wants to develop a love for the subject in every student within the framework of the PYP. You can follow her on twitter @soniatrakroo.

Action Planning to Build for the Future – Burgess-Peterson Academy—Part 4
How Does ‘Design Thinking’ Impact Learning?